In 2009, John Luckow, RLS saw a critical need for a full-service land surveying company capable of handling large projects throughout northern Arizona. He also recognized a need for a company that could apply cutting-edge technology at affordable rates. To meet those needs he founded Arizona Surveying Inc. and based his operation in Flagstaff to best serve the entire state of Arizona including the Phoenix, Tucson and Yuma metro areas along with the adjoining states of California, Nevada, Utah, Colorado and New Mexico..

John got his start in land surveying at an early age working and apprenticing in Tucson for his father, Tom Luckow, RLS, a well-known and respected land surveyor and founding member of the Arizona Professional Land Surveyors Association (APLS). Under his father’s guidance, John progressed through training and licensure, advancing to positions of responsible charge in Tucson and eventually Flagstaff where he led the surveying department of Arizona Engineering Company for eight years prior to founding his own company.

John is the Founder and President of Arizona Surveying, Inc. and has over 45 years of total land surveying experience including twenty-eight years in management or leadership positions. John is President of the Northern Chapter of the Arizona Professional Land Surveyors (APLS) and Director of the organization’s Minimum Standards Committee whose recent goal was to update our state surveying standards. The current version of these minimum Standards is accepted by the State Board of Technical Registration as substantive policy for enforcement purposes. 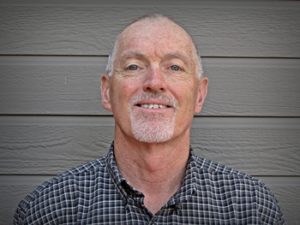 John Scott is a native of Michigan who attended The University of Arizona graduating with a degree in Geology. John began his Land Surveying career in Tucson in 1985 working for Tom Luckow RLS and alongside John Luckow. His professional experience includes all aspects of surveying, including control surveys for photogrammetric mapping, cadastral surveys, boundary surveys, topographic surveys, ALTA/ACSM Land Title Surveys and construction surveys. His experience also includes many design and construction phase projects on the Navajo and Hopi Indian Reservations.

John is a Certified Federal Surveyor (CFedS) which is a state licensed land surveyor who has successfully completed the certification process established by the BLM Cadastral Survey Program. CFedS surveyors perform a wide range of cadastral services within the state(s) he or she is licensed to practice land surveying. CFedS will provide more avenues for accomplishing cadastral services for Indian trust assets and restricted fee lands. 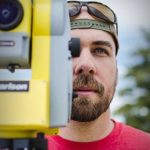 Following in the footsteps of his paternal grandfather Tom and his father John, Bretton Luckow is a third generation Land Surveyor from the state of Arizona. He fills a multi-dimensional field and office role for Arizona Surveying… (Meet Bretton)