Again, the crew of Arizona Surveying (Bretton Luckow, Levi Nash & Bryan Martin) went back into the Grand Canyon National Park (GCNP), this time to complete the topographic survey of 1.5 & 3 Mile Rest Houses on the Bright Angel Trial. This experience was different than their first trips into GCNP, as the park was now open to all visitors with Covid restrictions lifted.

The crew of 3 started by making 2 trips into GCNP to complete a Static GPS Observation Network at both locations using Trimble R10 GNSS Receivers. After collecting data at both locations, it was then processed through the National Oceanic and Atmospheric Administration (NOAA) Online Positioning User Service (OPUS).

During the crews last trip into GCNP equipment was flown in by helicopter, this time the gear had to be packed in and out on their backs. Everything needed for surveying had to be carried along the very steep Bright Angel Trail. Each person carried around 45lbs of gear on the 6.0 mile trip with 2,112 ft. of elevation gains.

The crew made 4 trips in total to complete this project, they encountered snow, rain and mud on the trail and most times had to wear micro spikes on their feet to be able to stay sure footed. Conditions were so bad on the trail with ice that a hiker slipped and broke their ankle. The crew watched as a rescue helicopter bravely flew in and airlifted the person to safety. A reminder too that the Grand Canyon is a harsh unforgiving environment.

The next 2 trips were to complete the topographic survey portion using a Trimble Total Station S7 for gathering vital details surrounding the rest houses and bathrooms.

With GCNP now reopened to the public compared to their first trips last year during the COVID shutdown, the crew encountered lots of people on the trail and at the rest houses.  All very curious as to what the crew were carrying on our backs and what they were doing. Once at the rest houses, people thought the equipment was a Google Earth camera and danced in front of it, some even tried to use it as a view finder to look out at the canyon. Challenges that the crew never thought they would encounter.

In all this project was epic like the first, having another opportunity to survey in an area like this never gets dull. The feel of body aches the next day from it, is the price paid to be able to have this opportunity. In all we are very proud to have been a part of the Trans Canyon Water Line Project. It is a once in a lifetime project and to be a part of it will live with us forever. We are sure someday the next generation of surveyors will be in the canyon wondering asking as we did, “how did they ever do this”? 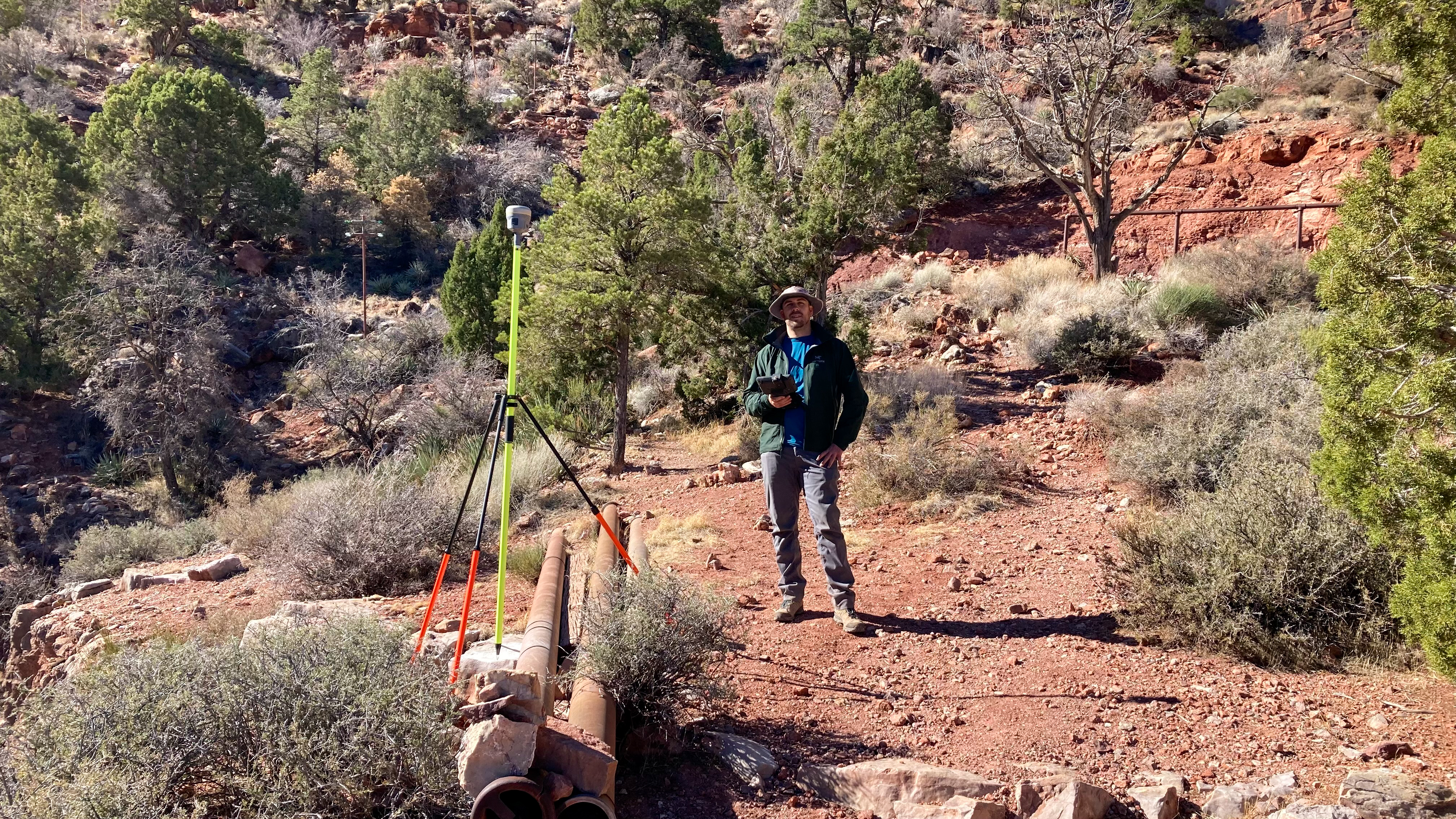